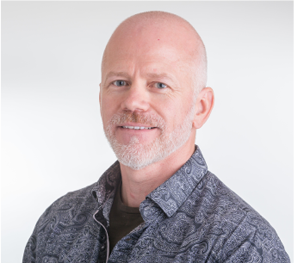 Dr. Jeff Sheppard grew up in Saint John, where he graduated with high honours from Saint John High School, and he returned home after his formal education to bring quality chiropractic care to the community where he was raised.

Jeff achieved his Bachelor of Science Degree in 1993 from Bishop’s University in Lennoxville, Quebec.  He did his chiropractic training at the New York Chiropractic College and graduated after an intensive five-year post-graduate curriculum and clinical internship focused on the functioning and treatment of the musculo-skeletal system, anatomy, nutrition, and holistic health.

Jeff opened his practice in Saint John in 1997 and now operates two state-of-the-art offices in Rothesay and Saint John.  He’s been a practicing chiropractor for over 20 years.  Augmenting the practice’s full spectrum of chiropractic care, Sheppard Chiropractic also offers low-intensity laser healing, registered massage therapy, and electro-reflexology along with wellness education and counseling.

When he’s not busy at work, Jeff  is spending time with his son Cole and his bulldog, Doc.  He can often be found taking Cole to basketball, soccer, skiing and golf.  Jeff enjoys golf, target shooting, working out and travelling.  And though he grew up in Saint John, he was born in Newfoundland, and travels there each year to visit family.

Jeff is active in the local community, particularly in children’s charities.  Previously, he spent four years on the Board of Directors for the Children’s Wish Foundation in New Brunswick, including two years as the Chairman of the Board.  Currently, he played an instrumental role in helping the Joshua Group, an organization that provides support, care, activities and nutritious meals to underprivileged children in Saint John, acquire and renovate a building of their own.  The new building is a permanent “home base” with a recreation area, kitchen, and dining room; it means that the Joshua Group will no longer have to struggle to find and borrow facilities to use for their programmes.

Jeff is proud to be back in Saint John, offering his professional services and volunteer work to benefit his community.